Re-opened but it was touch and go! 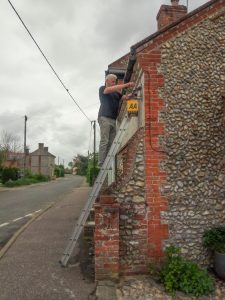 Well that was a hellish 5 months for all of us in the hospitality business and frankly if it wasn’t for the fact that Alison has a 3 day a week job throughout we may not have still been here!

So often people seemed to think that we were furloughed, which we were not and that we had all our expenses covered by the government, which we did not and that we had been enjoying a work free holiday which we most definitely had not.  Initially we were not covered by any government schemes then we had a small subsistence grant from the local council and it was this that kept the wolves just outside the door! The frustrating thing is that we had taken out business interruption insurance for this very instance but as is so typical of insurance companies they tried to wriggle out of the agreement. However the matter became bigger and a form of class action was undertaken against them which went all the way to the High Court and which we eventually won. So over a year from when we were first shut down and from when we needed that insurance money to kick in we finally received it today (on the day that we’re finally allowed to open again) an ‘interim’ payment to cover our loss of trade but only for the first of the three lock-downs.

It should be noted that many other businesses failed in that time as a result of not receiving a timely payout.

So what have we been doing for 5 months without any guests?

Well a fair bit as it happens. Most days were 8 hour working days and the abbreviated list of jobs done is as follows;-

We redecorated the B&B guests dining room which included re-modelling a bay window. 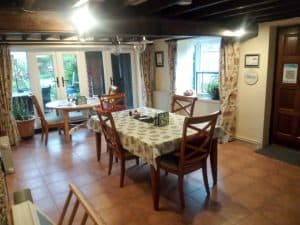 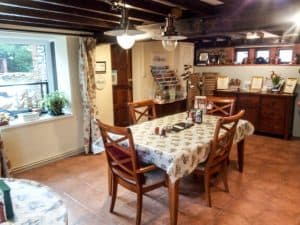 Redecorated the main hall and stairs to the B&B rooms.

Redecorated including repair works to the master B&B room. 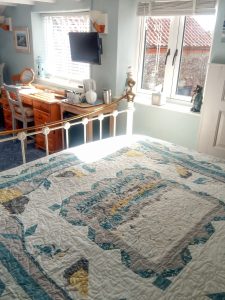 Alison has made three full size patchwork bed quilts for the three King-size and Super King-size guest beds. This means that we can swap these with her existing ones every guest change over as an added covid precaution. 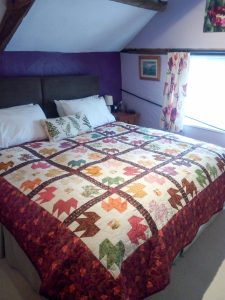 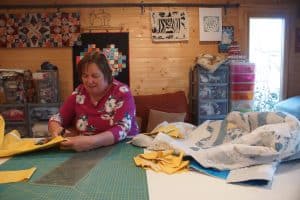 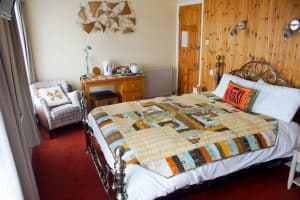 Mike dismantled a 7m wooden balustrade which had been holding up a large wisteria and built a whole new stronger support by using scaffolding poles.

We helped our son and daughter-in-law to move from Brighton to Nottingham.

Mike re-configured the allotment and made substantial improvements there. 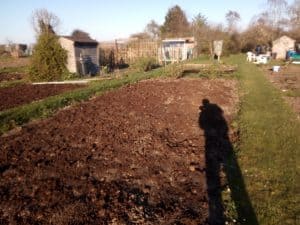 It was a treat to be able to fully weed our garden. Mike also substantially improved a garden bed on the side of the property. 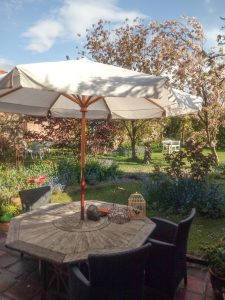 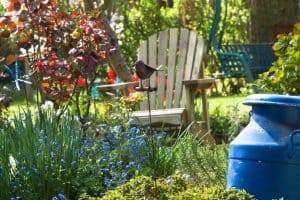 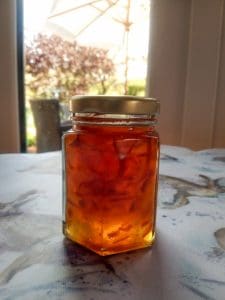 We also made 160 jars of assorted marmalade, two of  which we have entered into the World Marmalade Championships as we achieved ‘Recommended’ in it previously for our Chocolate Marmalade!

There have also been a myriad of external repairs and maintenance jobs throughout the buildings including power-washing.

We even had a ton of firewood delivered early so that we could stash it all away in the wood store.

Most of these jobs were inevitably done on a very tight budget as there was no income but our garage is full of useful bits and bobs and so the main costs were the paint and scaffolding poles! (Although there were some plumbing and electrical works carried out and they trump all other costs).

Remember this was just the third lock-down, we had already completely refurbished our own bathroom in lock-down No.1. and in Lock-down No.2 Mike installed Ethernet cables. One was so Alison could hold Zoom meetings for work, another fed the self-catering cottage for it’s Smart TV & internet and a third supplied direct connectivity to our own TV. This was a big task involving drilling through some of our very thick cottage walls.

All of this has been done whilst (especially in the early days) suffering from Long-Covid symptoms.

So when someone naively asks have you enjoyed your ‘Lock-down break’ they may just get one of our Paddington Bear stares! 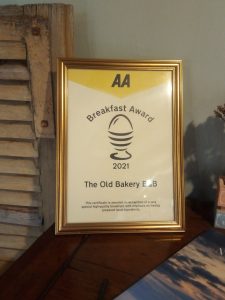 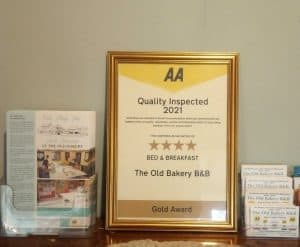 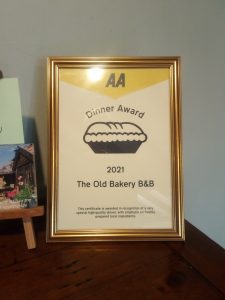 We know that after many months with little or no income. the UK hospitality trade will be looking forward to a bumper summer season  and we hope the weather will play its part in helping businesses, big and small, get back on their feet. We are delighted to say that we have had  lots of bookings and we have also been able to finally reschedule many of the quilt retreats that were due to take place last year or this spring.

All of which means that we don’t have much availability if you would like to come and stay. The Bakehouse cottage is fully booked until the 30th August, but then there are three short-break slots available from then and during September.

In the B&B we are fully booked until mid-July. Then there are two nights in the Baker’s room available starting Tuesday 13th July and after that nothing until the 1st August with a little availability in the rest of August.

As many weddings and family celebrations have been delayed until 2022 we have already taken bookings for next year and some quilt retreats have also had to be re-booked for next year. If you are thinking of booking a stay with us in 2022, don’t leave it too long before you book.

Whatever you do this summer, please support local, independent businesses. It will take many of us some time to recover from the last 14 months when we could only trade for four of those months and we will be delighted to welcome you back.

Outstanding in all respects.