A short while back in time, you know before the entire World went into lock-down and before Toilet Rolls replaced Bit-Coins as the newest form of currency, I (Mike) had a moment of whimsy whilst making this years batch of Seville Marmalade.

You see every January I make the entire years worth of Orange Marmalade as the Seville oranges become available. Somewhere between 60 to 80 jars which I actually quite enjoy doing up until the 50th jar or so when I begin to get a little bored of it and the temptation to ‘experiment’ starts to creep in. There is a positively warm hug in the air which emanates from the rich orangey smelling steam of the hot marmalade as it is ladled into the jars. It draws my thoughts back to Christmas, the Marmalade glazed gammon, the Satsumas, the lazy breakfast with marmalade on toast, the orange in the stocking we had as kids and those Terry’s Chocolate Oranges, chocolate with a hint of orange, mmmmm….

So then as I top up Jar fifty something or other my wandering mind wonders if you can do chocolate with a hint of orange well then perhaps you could do orange with a hint of chocolate. Perhaps a Marmalade? As I finished the present batch of normal Seville marmalade I set about experimenting in creating a Seville Orange & Chocolate Marmalade on the last few jars. Later when it had cooled down I served some to Alison on a hot crumpet. Within neddy no time she had been on the internet, found that The World’s Original Marmalade Awards were held in Cumbria and that the entries date closed in two weeks time. I was instructed to make at least the three jars required for judging! 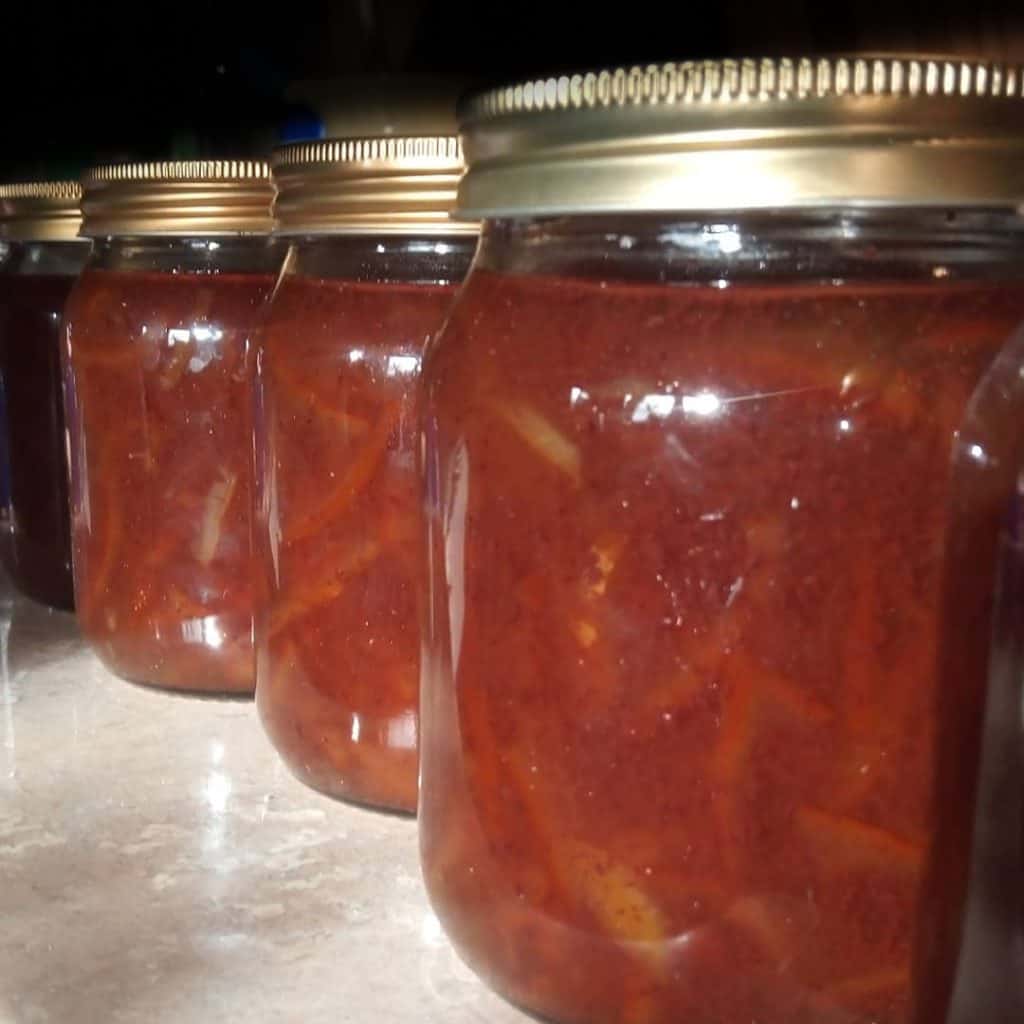 of marmalade adding the chocolate as per my notes and The Old Bakery ‘Seville Orange & Chocolate Marmalade’ was born.

Obviously I cannot divulge the secret recipe but I can tell you that the chocolate is a quality  70% cocoa solids and it is delicious on a hot crumpet.

Alison sent off our entry and we put the remaining jars out on sale in our porch shop. Then we just had to wait. 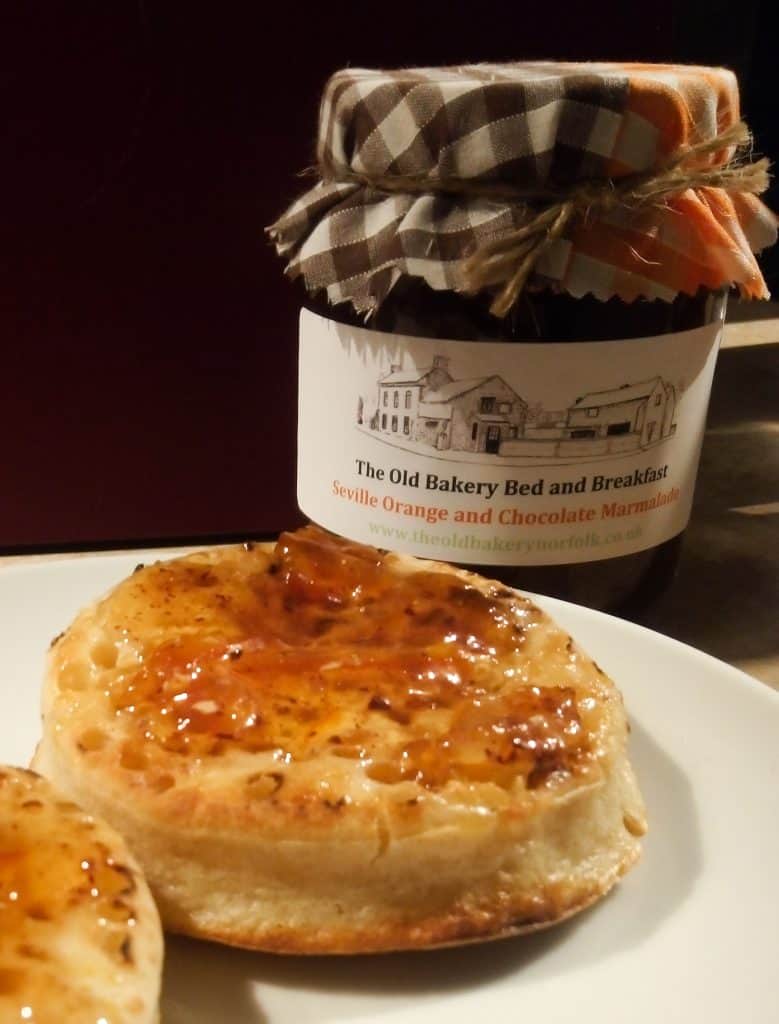 Whilst we awaited the judges verdict we indulged in the odd crumpet or two smothered with our new marmalade. When we run out we went to our porch ‘shop’ for another jar only to find that they had all sold and there was only one jar left in the house!

Time ticked on and there was still no announcement from the judges until eventually we were told that we had been Awarded a Certificate of Merit but could not tell anyone until the award ceremony had been held. Sadly Mr Corvid-19 came along and caused the awards event to be cancelled but now we are allowed to announce our award. So we are. 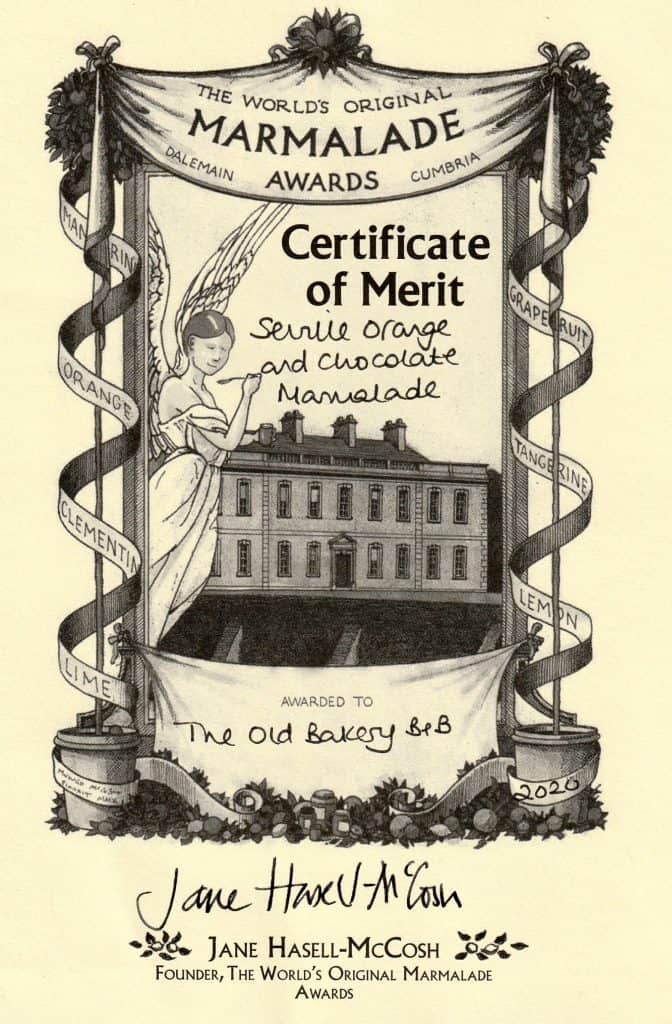 That leaves us with a dilemma now. We have just one solitary jar left, a merit awarded jar no less. Clearly in supply and demand terms this is now a thing of value, there are no more it is a rare example, unique no less! Perhaps we should call Sotherby’s or carryout our own on line auction via Ebay, but at what price do we set it? £10,000? £20,000? Or we could store it in our non-existent cellar to mature for 10 years. Hmmm what to do?

Well having deliberated, cogitated & contemplated and after much reflection we’ve made a final decision…. 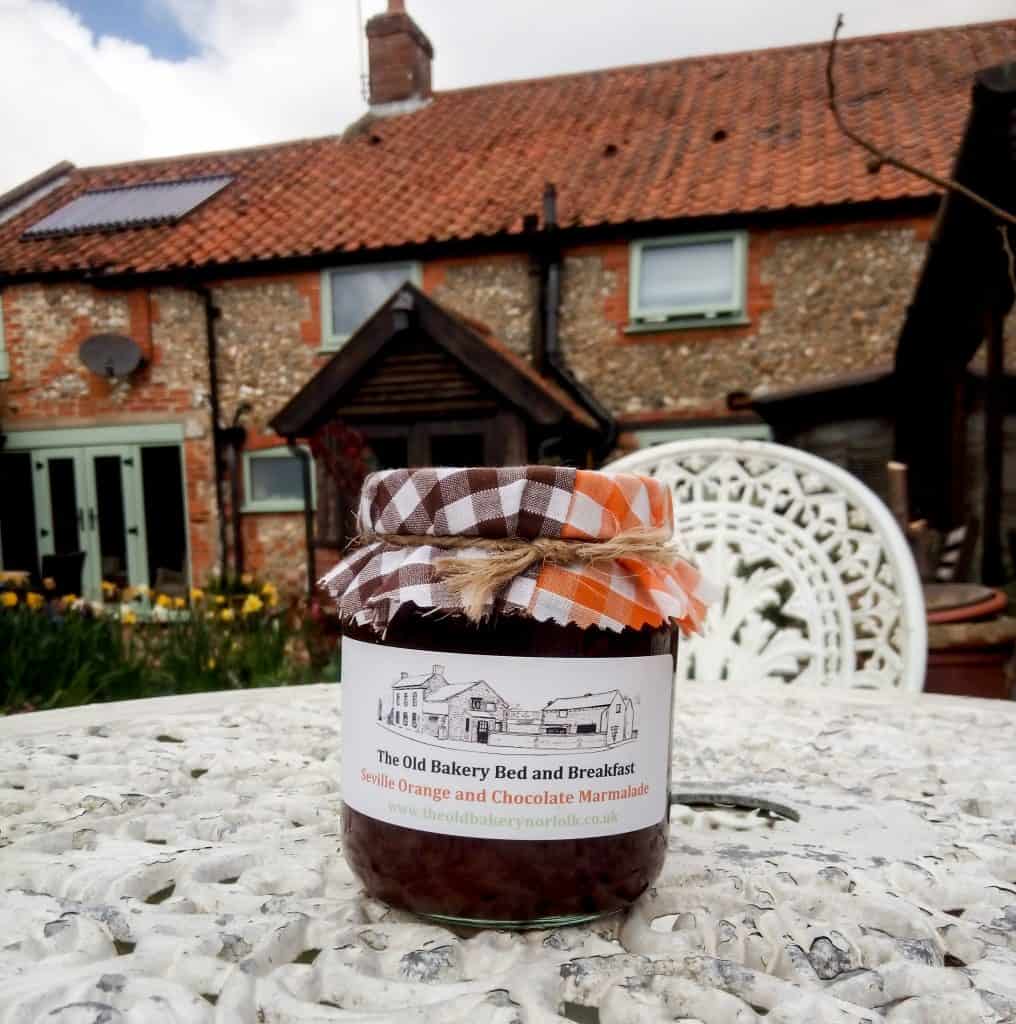