I’m writing a series of blog posts to show people the sorts of patchwork and quilting workshops that you can do either on an afternoon or whole day workshop or whilst staying on a quilt retreat at The Old Bakery B&B. We were due to host a quilt retreat in March during which I was going to run a workshop on making a wall-hanging that, at the request of the visiting quilters who are fairly new to sewing, was to feature a hare, a moonlit sky and a tree.

I had originally been inspired by a wall-hanging that I had completed which is a design by Deborah O’Hare.

I made a couple of examples ahead of the retreat. This first one is a hare in the snow. 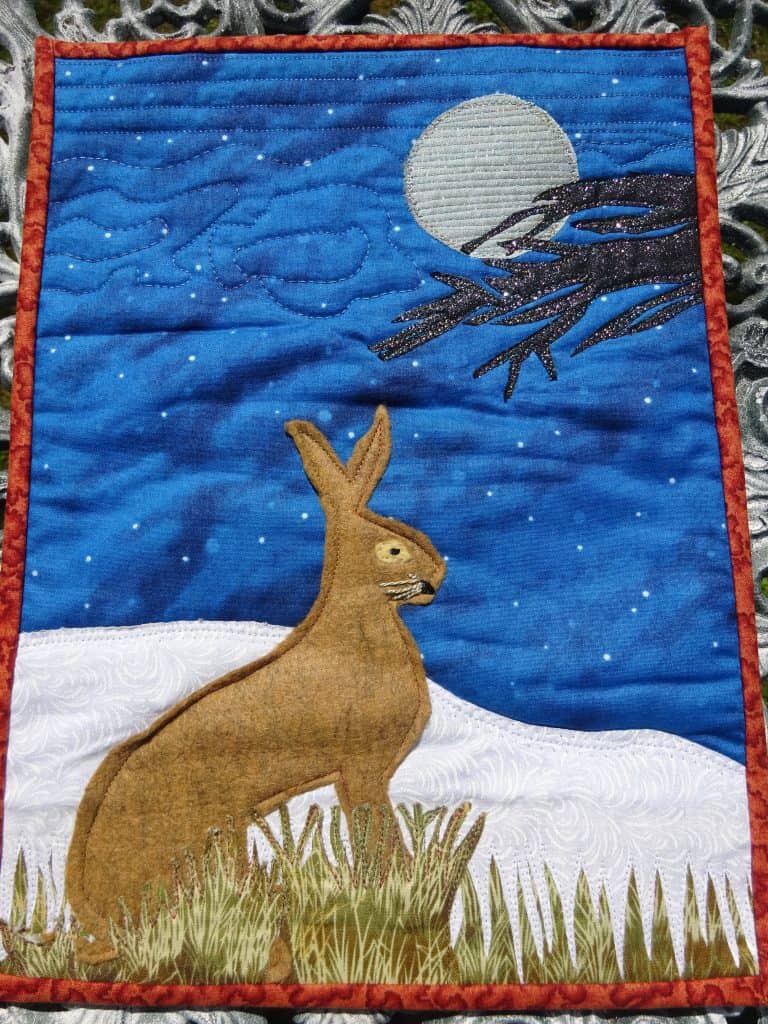 The grass was a bit tricky so I made a second, easier version. 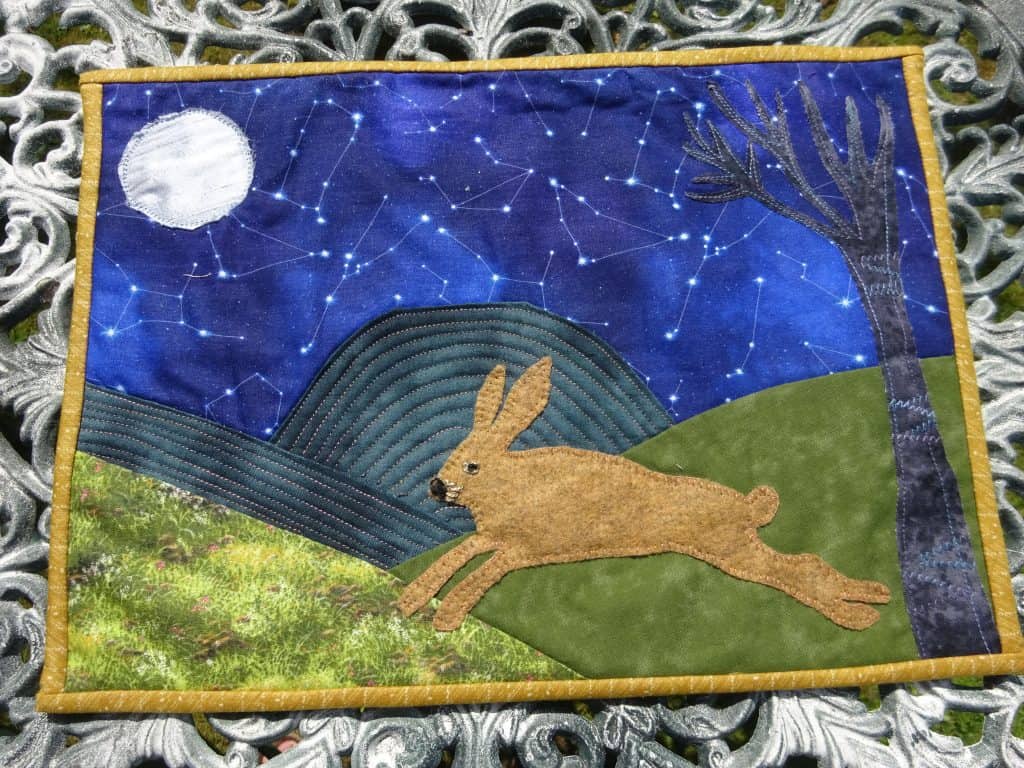 Unfortunately the quilt retreat was postponed due to the lock-down but I have continued to experiment with some ink stamps I picked up at last year’s Festival of Quilts. I’ve now run out of variegated embroidery threads and I’m waiting for a delivery so at the moment these are still work in progress. 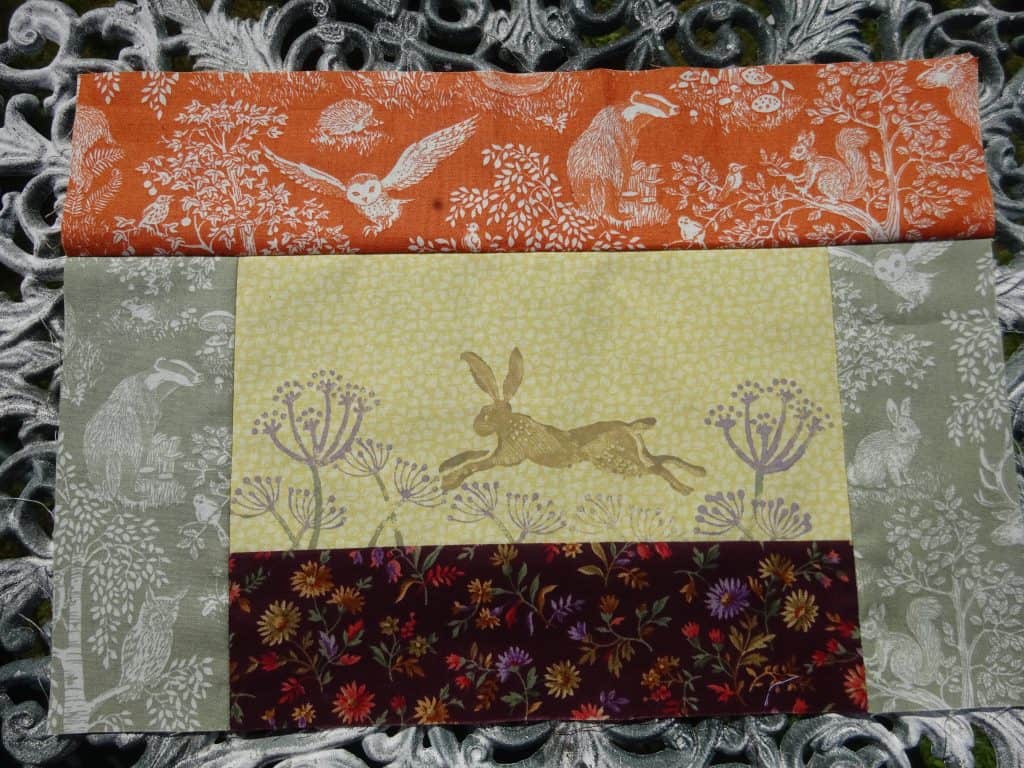 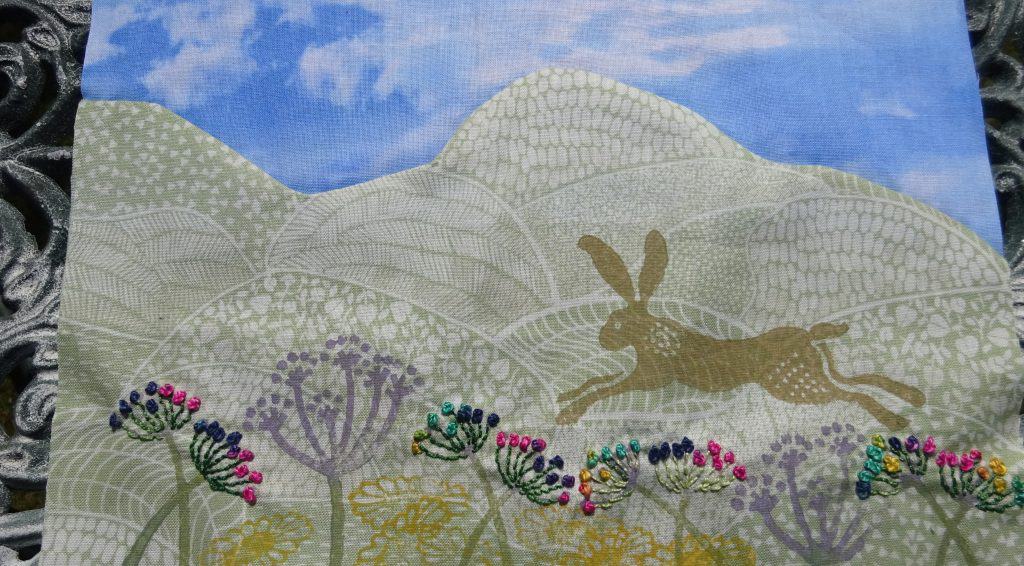 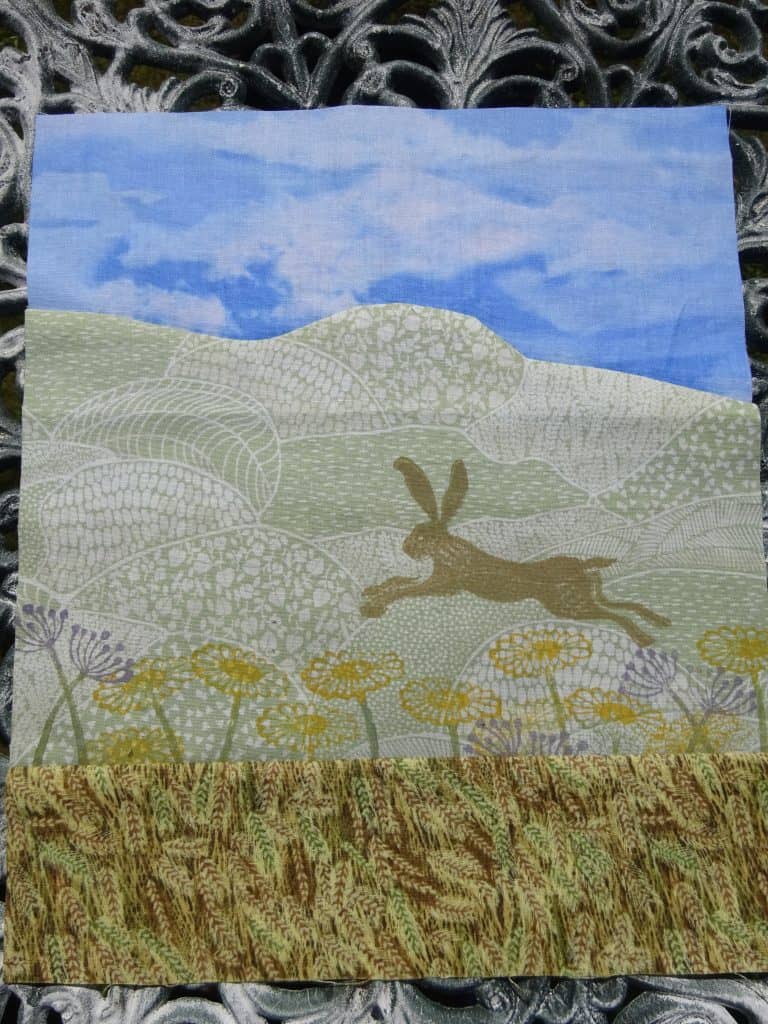 I’ll add photos of the finished versions in due course. One of the joys of putting on workshops is seeing the creativity of the quilters who come up with their own ideas; each piece that is worked on is unique. I show people how to do the basic techniques and provide a space (and cake) and then watch a huge variety of ideas come to life.

If you would like to make a hare wall-hanging get in touch with me on 01263 862802 or email me at alison@theoldbakerynorfolk.co.uk

Absolutely the best B&B ever! Warm, welcoming and so comfortable – breakfast heaven. Thanks – we’ll be back!