Snowy scenes in & around our village of Hindolveston in deepest North Norfolk. All taken within a mile of our village this light powdery snow has provided some beautiful scenery this week. 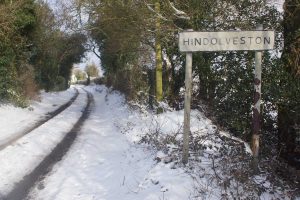 The windmill looking beautiful with the blue sky back drop. When we moved into The Old Bakery we had no idea that Mike was related to the family who built the windmill (the Peggs) and created the bakery itself in the 1840s. 7th cousin 3 times removed! 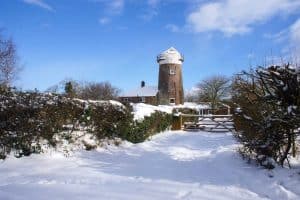 Walking further down the Foulsham road the snow just got thicker and the road covered with windswept snow drifts. Cleared by local tractors making the road just passable during the day. 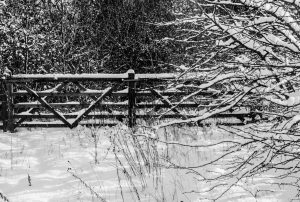 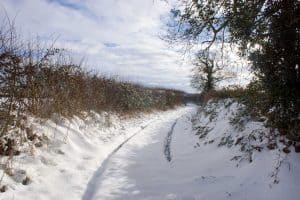 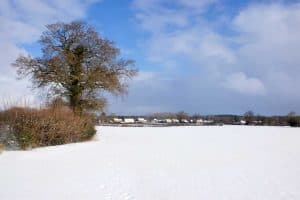 Our village surrounded by large open fields allows for fantastic vistas from and of the many homes here. 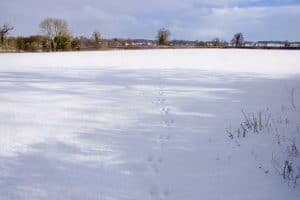 It’s lovely to see new laid snow with just a set of deer prints running through the field. 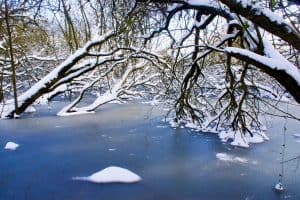 I visited this small pond several times taking photos in the snow and as here in the sun when the ultraviolet of the blue sky caused the shadowed areas of ice to reflect a deeper blue. 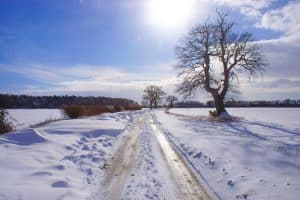 Eventually the road, open to all the elements, became quite dangerous with stretches of pure ice.

However the snow drifts became like large meringues and I have taken several photos in abstract for a collection of ‘snow art’  pictures that I will release later. 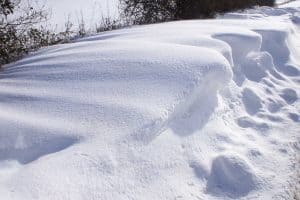 Returning to the village and exiting northward on the Melton road the woodlands are a real treat appearing like views in Scotland rather than Norfolk…. 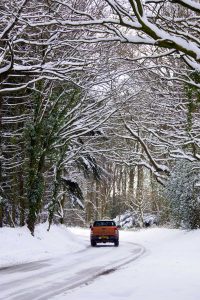 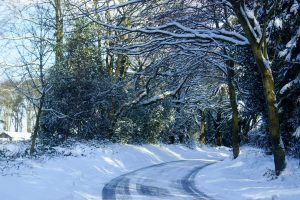 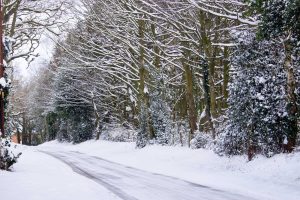 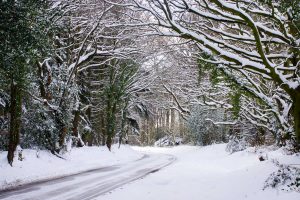 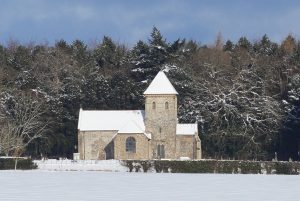 Then moving on we head toward the little Melton estate church and in front meet the poor old sheep covered in snow chomping on the turnips hidden below the fresh snow.

Again a scene more often witnessed in Yorkshire with snow covered sheep out in the wilderness.. 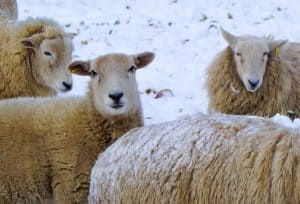 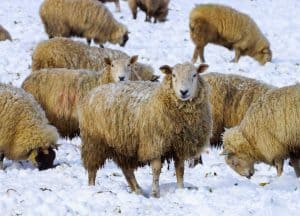 The flock in the sun in front of the church seemed quintessentially a very British scene. 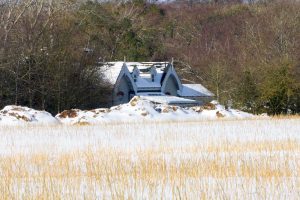 To the east of the village our old Railway Station peeks over a snowy field of turnip stalks. How lovely would it have been to see a steaming train cut across these fields. 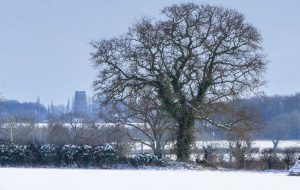 In the distance Wood Dalling’s  tall tower can clearly be seen through the blue icy haze.

And finally returning to the Foulsham road for a fine snowy sunset. We like our snowy little village. 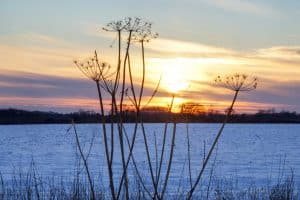 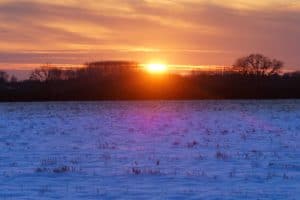 Outstanding in all respects.